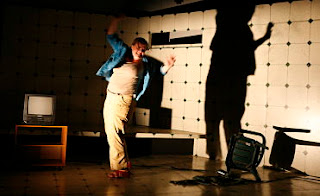 is BACK ON TOUR!


A Play Written and Performed by Kim Schultz


No Place Called Home is an unexpected story—a story about an American woman and an Iraqi man, a story about one refugee out of millions, a story that isn’t supposed to be a love story.


The play was developed after I traveled in 2009 as part of an artist delegation to Jordan, Lebanon and Syria with the New York Based NGO, Intersections International. We interviewed hundreds of Iraqis, heard their stories, and shared them with an American audience in hopes of awareness and change. No Place Called Home premiered off-broadway in 2010, followed by a national tour at regional theaters and universities, including a final stop at The John F. Kennedy Center in Washington, D.C. as part of "World Refugee Day" with UNHCR. Best-selling author Khaled Hosseini introduced the play.

The world landscape has certainly changed since 2009, but what hasn't changed is the dire situation of refugees worldwide. In fact it has worsened. And with all the current anti-refugee and anti-Muslim rhetoric, there is an even more urgent need to tell these stories, to help humanize the humans, to tell the stories that aren't being told.

Please contact me for bookings and fees and more information.

(No Place Called Home was developed through a reading at the Lark Play Development Center in NYC, a Residency at Groton School in Massachusetts and with support from Illusion Theatre in Minnesota. The New York run of No Place Called Home was produced by Intersections International, Parlagreco Productions, in collaboration with Aaron Louis and 3-legged Dog, the cell, Mile Square Theatre and Wild Project in New York City October 2010.)
Posted by Kim Schultz at Thursday, March 30, 2017 No comments: 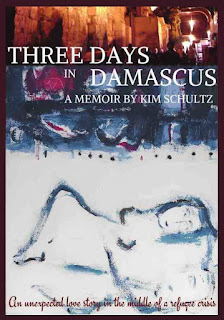 www.3daysindamascus.com
Posted by Kim Schultz at Wednesday, February 22, 2017 No comments: 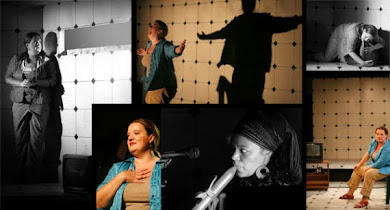